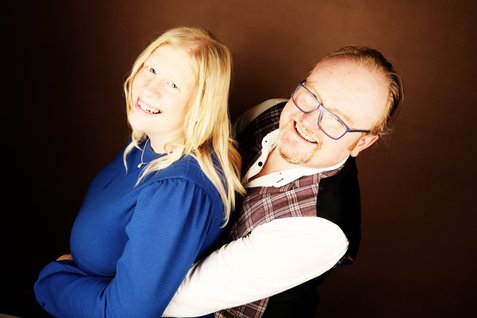 Arc Radio was established in October 2020 by co-owners Charlotte Elizabeth and Simon Birds as a vehicle for Americana, Roots and Country. With a joint passion for indie artists the station proudly plays music from all around the world from both signed and independents, something which sets the station apart from a lot of similar offerings.

The station has seen tremendous growth over the last 20 months and has naturally evolved into even more than Charlotte or Simon could have dreamt of, reaching over 100,000 people a month.

Charlotte Elizabeth states “When we set the station up, on the back of the huge success of CMS on RedRoad FM neither Simon nor I could have imagined we would see this level of engagement from our fans and listeners”

Simon added “Independent artists is where I started with CMS in 2018 and it is a huge feeling of pride that people are listening to these incredible singer/songwriters along side those well known. Over the last 20 months we have gotten to know so many more artists writing and performing in a huge spectrum of genres, it felt the right time to officially announce the changes which have occurred organically”.

From Monday 6th of June 2022 ARC radio will officially be a Country led AAA (Adult Album Alternative) station. This comes with a new logo and dropping the acronym (Americana, Roots and Country). Simon states “In my head the station name has always been pronounced arc, however the logo and acronym has, understandably, led to people saying A R C Radio, even Alexa says that! Arc has always had 2 meanings to us, the genres we played and as an arc being all encompassing. The time is right to now change that to make everything much clearer and remove any confusion. Acknowledging our organic transition to an AAA station has also been key to our decision to make this change.” Charlotte adds “we wanted to officially announce the change but it is important to both of us that we remain country led as this has long been our passion and we believe has also been key to our success.”

Both Simon and Charlotte confirm that the output of the station won’t change as this is an acknowledgment of the changes that have occurred naturally as mentioned earlier.

Simon said “Whilst the output won’t change, be on the lookout for new artists being added to general rotation from today and classics from the last few decades.”.

“We have and will always play album tracks, full versions of songs, not the radio edits, we want to continue to offer something different for our current and future listeners”. Charlotte added.”

Arc Radio is available on the app via The App Store and Play Store, on numerous radio players (MyTuner, SimpleRadio etc.) and via Alexa and the website - www.arcradio.online. Simon said “we are always looking to improve and expand the way in which our listeners can listen to and engage with the station so keep an eye out as we make positive changes to our offer”.

To find out more about Arc Radio head over to the website or checkout the station on socials @arcradiostation across all platforms (including TikTok where you’ll find Simon cooking up a storm, amongst other curious videos!)